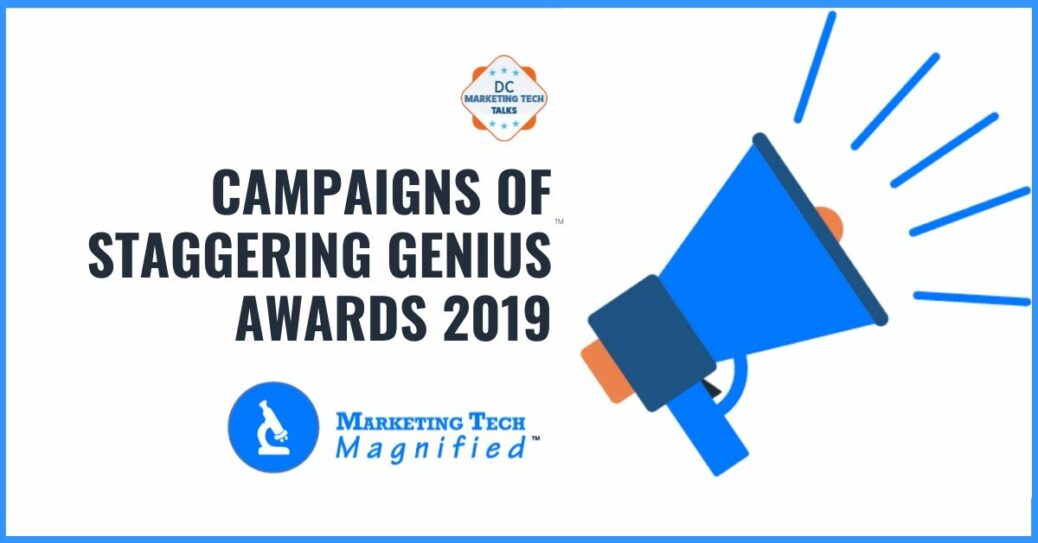 Congratulations to the Genius Campaigns 2019 Winners! 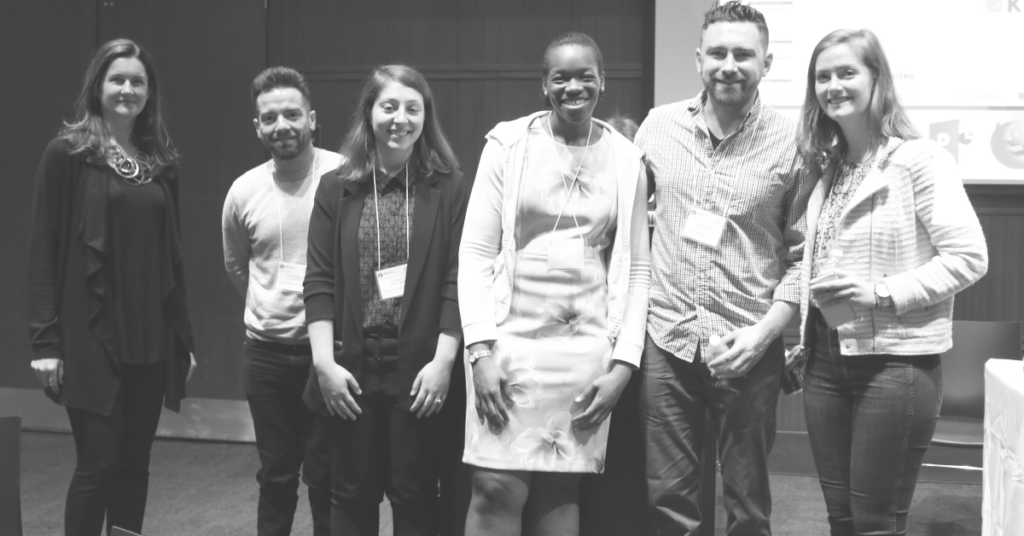 Each campaign is genius in different ways but they all delivered legendary results.

SparkLoft’s campaign stood out in how they planned and executed an ambitious goal within an very short time. Fidelis Cybersecurity was genius in its use of buyer intent data together with nurture gain brand awareness.

As for Phone2Action, its genius was in its plan and execution of an omni-channel campaign. SalsaLabs and WebMechanix showed how its genius, but relatively small paid and organic search strategy delivered the deals. Upside’s campaign was a genius use of a YouTube comedy sensation to become relatable to their potential buyers. And finally, GE Power’s campaign filled with Anthony Bourdain-styled videos can turnaround negative impressions into inspirational and positive ones.

Read on to learn more about the winning genius campaigns.

As the 2018 NFL Season capped off with the Big Game held in Atlanta, Gio Palatucci and the Sparkloft team devised the social media strategy to get the city of Atlanta into the endzone of positive buzz. Gio Palatucci and her team created a social media content and engagement strategy to show Atlanta hospitality to the world.  The team created a a Social Media Command Center to perform several tasks.  First, they’d develop real-time content, and then monitor social conversation gathered by a small army of social media runners.  Finally, they’d facilitate fan engagement across social media channels. In just ten days before the Big Game, the Sparkloft team’s social media strategy resulted in an epic 10 million+ impressions, hundreds of thousands of video views, more than 100K social engagements, and 79,000 new fans/followers.

Newsjacking The Midterms: An Omni-channel Campaign
by Chris Rodriguez at Phone2Action

As a start-up, they aimed to grow brand awareness and recognition as a thought leader. So during election week 2018, Senior Director of Marketing Chris Rodriguez and the Phone2action team pursued an omni-channel strategy of Politico email newsletter sponsorship, ads on Capital One Arena giant screens, Social ads promoted election week content, and retargeting. The result was millions of impressions across their chosen channels. On every metric, from users, new users, session duration, to bounce rates, Phone2action saw double digit improvements and expanded awareness across greater DC.

Moni and her team at Fidelis Cybersecurity aimed to improve the effectiveness of their nurture campaigns by going beyond brand awareness and educational content.  They have a lengthy sales cycle, so these were important goals. To get the job done, they turned to a syndicated content vendor Techtarget.  The vendor would then provide buyer Intent data around product interest to turn completely cold leads into sales. Following a 3 phase campaign that included putting prospects into an “air cover” nurture made up of a twelve-touch email campaign to build brand recognition and product knowledge, as well as BDR scripts and cadence to keep them on message and motivated to stay with the prospect. Of the prospects who engaged (click in 2 or emails in the nurture) 80% became MQLs, off the 80% that were MQLs – 40% became booked meetings – well exceeding the goal.

How SalsaLabs and WebMechanix Slayed the Salesforce Dragon: Outsmarting the Competition with Paid Search
by Chris Mechanic, CEO at Webmechanix

CRM company SalsaLabs invested many thousands of dollars on Google AdWords over a few months with no return. No conversions, much less sales. To change that, they partnered with Webmechanix CEO Chris Mechanic and his team to outflank the competition, CRM giant Salesforce. Using branded organic and paid search campaigns, together with retargeting and a custom product finder form, Webmechanix jump started conversions and sales. The campaign reduced overall ad spend by 80%, had a 656% return on spend, reduced cost per conversion by 19% and reduced ad spend to annual contract value ratio by nearly 80%.

After several challenging years, GE faced negative media coverage and desperately needed to “take back” their voice. They needed to reassure customers that GE is still a valuable, innovative company with a brilliant future. So Head of Content and Storytelling Kristin Fallon and her team partnered with CNN. This partnerships’s goal was to deliver smart, creative branded content on CNN’s digital and linear media channels. GE aired branded content on CNN’s global social media channels, effectively distributing paid advertising.

The campaign’s centerpiece featured Anthony Bourdain-style, energetic videos that explored how power changes lives, along with journalistic-style stories.  Results exceeded expectations. GE reached nearly 80 million people through various channels and content to become farthest-reaching customer brand campaign. And it improved brand metrics across the board. While not the campaign goal, it drove significant new demand with 50% more lead form fills than the non-promotion period, delivering a huge percentage of all new leads for future-facing products.

Hopefully, these genius campaigns 2019 winners motivate you to improve your own marketing genius.  We’ll host theses awards again, so don’t miss the opportunity to show us YOUR genius!

As marketing’s role evolves from a brand and communications focus to an analytical, martech-driven function operated by leaders who must impact growth and revenue, Marketing Tech Magnified gives us the opportunity to learn from each other, to network, and to return to work with fresh ideas. If you’re gripped with running marketing campaigns that engage and convert, obsessed with performance tracking and ROI, and excited by the technologies that make marketing better, then we can’t wait to meet you at Marketing Tech Magnified. Learn more at http://www.martechmagnified.com/.